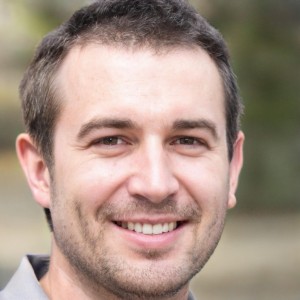 Today I’m going to show you a trick that separates a novice fisherman from the seasoned vets.

If you practice catch-and-release fishing, then you’ve probably lost your fair share of fish to deep set hooks. I can relate to that. Which is why I tried to figure out a way to keep those numbers down.

It’s a simple trick that will not only impress your friends but will help keep your favorite fishing spots sustainable and enjoyable for many years to come.

This is about how to remove the hook from a fish’s mouth. Check out my guide so you too can add this tool to your fishing arsenal.

PART 2
Is it Okay To Leave The Hook On The Fish?…

PART 3
How to Remove a Deep Set Hook…

When doing catch and release, it’s important that we aim to minimize the impact on the fish and the natural environment we are enjoying

Practicing catch and release keeps the habitat healthy for anglers and non-anglers to enjoy fishing now and in the future.

Part of minimizing this impact is leaving as many fish as possible unharmed after they are caught.

Which is why it is of utmost importance on our part to learn how to unhook a fish.

What Causes a Deep Set Hook?

Most of the time, this is a simple matter: pull the fishing hook from the fish’s mouth and release it back into the water without too long of a delay.

Unfortunately, un-hooking fish isn’t always as easy to do.

Not to point a finger, but even experienced fishermen will have run into the situation where the caught fish has actually swallowed the hook, barb, lure and all, before they were able to set the hook.

This results in the hook being set not in the mouth but deep inside the fish’s throat, esophagus, gullet, or even stomach causing fish hook injuries.

So what causes deep set hooks?

This usually happens because you were not able to feel the initial chomp and only to realize that you needed to set the hook when the fish had already swallowed it.

As much as we like to practice casting further, a swallowed hook can also happen if you are casting very long distances or have a slack line meaning tugs on the line or not as easily transferred to the rod.

A deep set hook or swallowed hook is more likely in choppy or windy conditions when smaller fishing line tugs are harder to feel.

Many fishermen think it’s impossible to pull a deep set hook, especially one with barbs, from a caught fish without hurting the fish too much and leaving it in an unreleasable condition.

Because of this, anglers avoid doing swallowed hook removal and usually go for one of the following solutions:

A lot of anglers with good intentions are now choosing to leave their deep set j hooks in the fish instead of killing it.

This is because they believe it’s safe to leave the swallowed hook and that it will eventually rust out and remove itself.

Unfortunately, this is not entirely true…

While the circle hooks of the past may have heavily rusted when left in water, modern hooks are extremely rust proof.

In fact, several tests have shown that modern hooks will not rust out enough to get removed by themselves from the fish.

In the video above, we can see that even after two months submerged in water this regular modern hook is still showing no signs that it will rust enough to free a fish.

Is it Okay To Leave The Hook On The Fish?

Now that we know that some hooks will not rust enough to be dislodged by itself.

It’s also important to note that…

It’s not true that the fish will be able to live healthily with the hook left in its mouth. Be it barbless hooks, treble hooks or otherwise.

A scientific study by Carleton University examined 24 bluegills to see how the fish would fare with a deep set hook left inside their esophagus.

The study measured four main criteria to see the health of the fish after they were released: Swimming performance, physical condition, injury, and death.

3 of the hooked fish died within a few days.

Can Cause Further Harm

Surprisingly 17 of the fish were able to expel the hook naturally, but some took up to two months to do so.

In the two month period, while the fishing hook was still set, these fish were able to eat, but they were not able to eat as easily or as much.

There is also the ongoing danger that the hook will cause more damage and rupture vital organs in the fish, especially its stomach, causing it to leak internal fluids into the fish body.

It also shows that fish are not left in a healthy condition when you free it back to the wild after a deep set hooking.

So if we can’t leave a hook in then, it seems our only sure option is to humanely kill the fish and take it home right?

Not if you learn this simple safe trick to remove a hook without hurting the fish.

It’s tricks like these that separate the novice angler from the experienced veterans.

Where a novice would write a fish off as a lost cause, an experienced angler would quickly proceed with hook removal without a second thought and release the fish back into the wild…

How to Remove a Deep Set Hook

It’s time for the main event!

Today, with this article.

I’m going to show you exactly how to best perform a deep set hook removal.

How to Remove a Deep Set Hook

Try to clip the line as close to the hook as possible.

You can use regular nail clippers to do this and you should try to remove any large knots that may be present near the hook.

These knots may catch and get stuck when you push the hook out.

These knots could get in the way, so if you can get rid of them now, it will help make the job much easier.

Next, we want to remove any bait or lure that may be in the fish’s throat or mouth and blocking our vision.

Use your fingers or a small set of pliers to do it, this way you’ll have a better view of the hook.

Now, this is the real heart of the technique.

Instead of trying to access the deep-set hook through the mouth of the fish we are going to make it go through the first gill arch from the side.

You may use one or two hands if the size of the fish is big enough or you may use a long set of needle nose pliers for a better grip.

Get a firm grip on the hook bend and rotate it over sideways so you have a good angle to start feeding the hook through.

Start slowly feeding the hook through similar to a needle and thread until the loop of the hook, hook eye, and remaining lines are completely threaded through.

Now the hook should be released and you can remove the hook through the throat, skin, side gills or through the mouth depending on which part is easier.

It’s that simple and it’s an amazing trick to show another fisherman.

Here’s a great video demonstrating how to do the steps above on a live bass:

We are all aware that prevention is better than cure.

But how can we better prevent this damage from happening in the first place?

Keep reading, there’s a couple more tips and tricks in this article that will help us from setting your hook too deeply in our future fishing trips…

First, we can use a wide hook bend. The rounder the hook the harder it is for a fish to swallow.

This means the fish won’t easily travel way past the fish mouth before you get a chance to set it.

The second thing you can do is try to keep a strong line that is also tight so you can easily feel and react better to tugs at any given point.

The quicker you can set the hook after a bite the less chance you have of the fish entirely swallowing the hook before it is set.

It’s also a great idea to keep a set of long needle nose pliers in the tackle box in case you need a fish hook removal tool.

Long needle ones will provide a more accurate grip.

It’s much easier to remove something like a treble hook with this type instead of your regular leatherman set.

When used for small size fish with small gill arches it really will be a lifesaver.

So there you have it, you now know how to remove a deep set hook from big fish to smaller ones with a finer gill.

This is a great trick to teach a fellow angler when they are about to throw their catch back with the hook still stuck in the fish’s mouth.

It’s an impressive trick when witnessed for the first time and it will keep your local fishing spot full of happy, healthy fish.

Thanks for reading! If you want another article that can helpful when you’re fishing, check out my article on getting fish weight without a scale or you can get a reliable fish weighing scale. 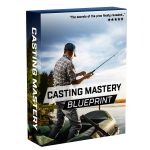